RECONSTRUCTION OF THE NATIONAL MUSEUM

This project was a challenge for our company, testing years of our experience with manufacturing and remanufacturing of wooden windows. Even disassembly of windows and their transport to our manufacturing location required skilled employees, because the smallest six-wing arched scuntion window was 2,300 × 3,601 mm large. Remanufacturing of windows consisted of burning off old paint, reparation or exchange of damaged wooden parts of windows and putting eight layers of surface adjustment on the remanufactured parts of windows, including wood graining.  New outer windows were manufactured from oak laths and double insulated glass was used. Such remanufactured windows were tested for having all the prescribed parameters. Since the windows were so large, the tests were conducted in Nitra and Vienna. After demanding installation of these oversized components, we can admit that we are great at this and that we are proud to participate in reconstruction of this prominent building in Prague.

This neo-renaissance building is a prominent feature of the whole Wenceslas square and it was built according to architect Josef Schulz’s plan with central pantheon. It was partially opened in 1891. The building was decorated from 1885 to 1901 by the National theatre generation artists, including sculptors Bohuslav Schnirch, Antonín Wagner and Antonín Popp and painters Vojtěch Hynais, Václav Brožík or Julius Mařák. What is interesting about the building are 72 names from Czech history written in gold letters into the facade below windows.

During the Prague uprising in May 1945, an unexploded bomb damaged the entrance hall of the museum. In August 1968 the front facade was damaged by Warsaw Pact armies’ bullets, especially the Soviet army’s ones.

The stability of the building was disrupted when the line A of metro was built in the early 1970s (when the entrance hall of metro station Muzeum was built, the west tower and some of the walls of the museum building were damaged and the whole entrance hall had to be reinforced). Even though there were various projects created, the building has never undergone a complete reconstruction. But at the beginning of the 21st century it was in a poor condition.

From July 8th 2011 to October 28th 2018 the main building was closed for reconstruction. 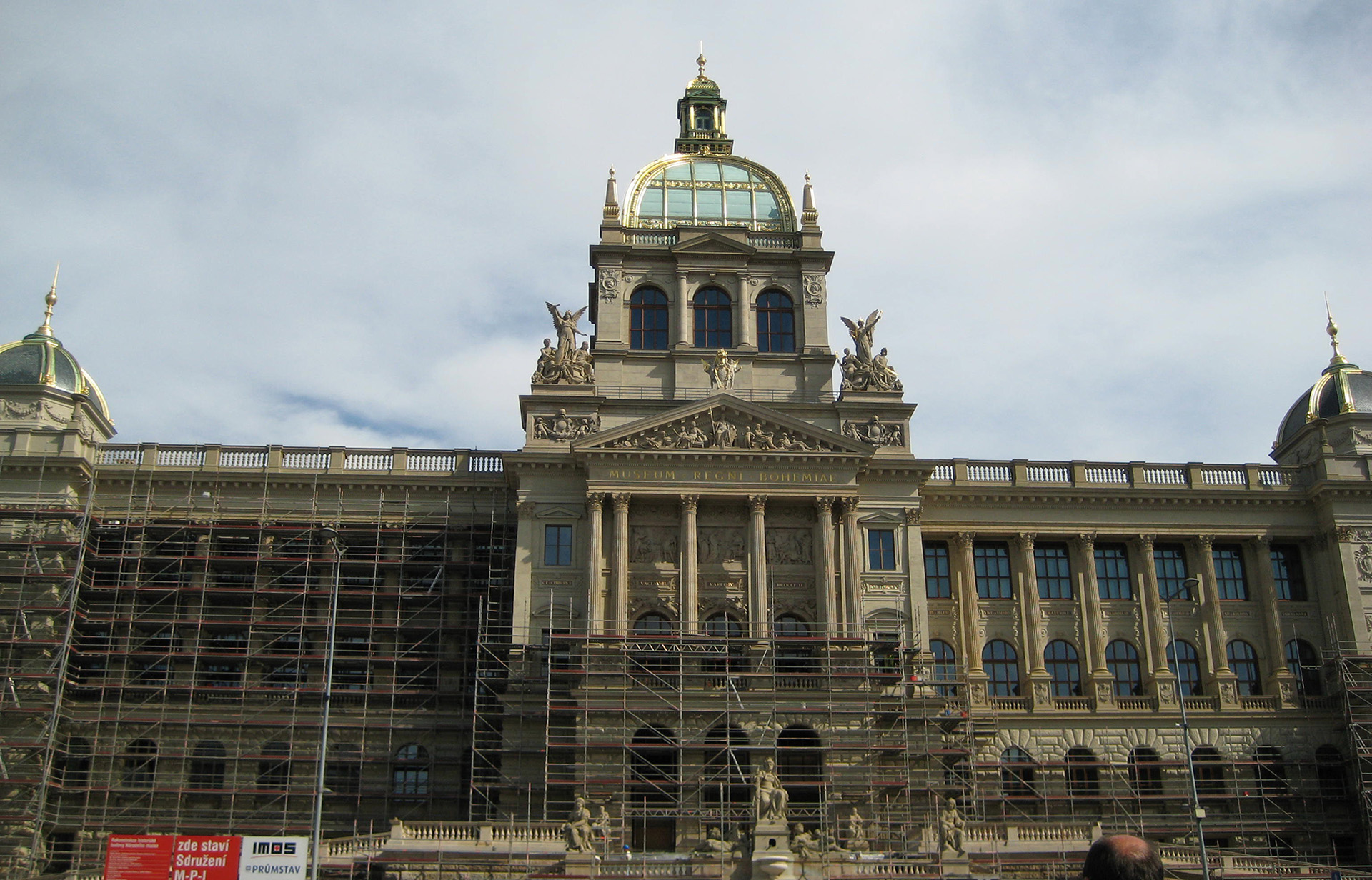